My Favourite Wild Place by Keeping it Wild Trainee Eden

As a Keeping it Wild Trainee based in South London, I've visited a range of nature reserves, to help facilitate a connection between different sites and look after the habitat. One of these sites is Dollypers Hill, a beautiful reserve in Croydon.

The Brilliant Butterflies team work mainly at Hutchinson’s Bank, but they also work at Dollypers Hill, another chalk grassland area which is perfect for butterflies. This is because the nutrient deficient soil allows for a diverse range of plants to grow, including wild flowers, which is what the butterflies feed on. The habitat for butterflies is a grassy meadow glade, catching the sunlight bringing brightness under the tree canopy.

One glade is full of ant hills, all made by a few colonies of ants. Did you know that one ant hill can have 8,000 to 14,000 individual ants occupying it? If the temperature of the anthill is not right then the ants will create another hill as the temperature is important for egg development. Sometimes, the ant hills are used for different roles in the colony, so one hill may be for the worker ants, and another where the queen lives. In the glade we worked in, I counted at least 30 hills, I wonder how long they’ve been there for.

There are also currently some cuttings in the glades which is where a shallow or deep pit is dug to remove the nutrients from the soil to see what plants grow. The nutrients are removed so that species that overpopulate the area find it harder to grow, allowing different species to appear, and increase the biodiversity of the habitat. 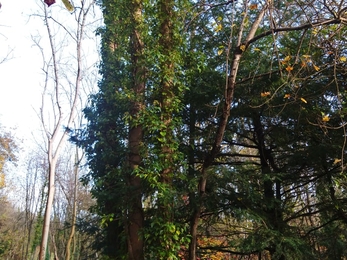 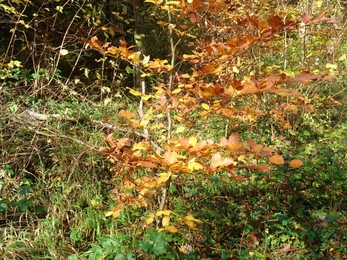 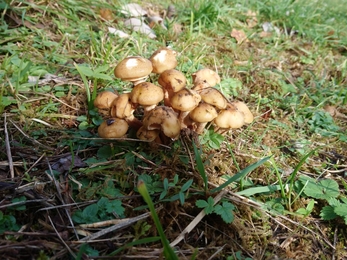 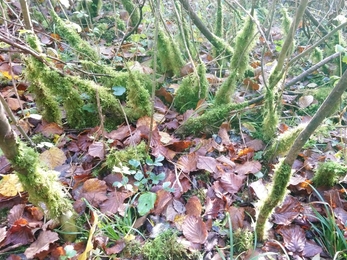 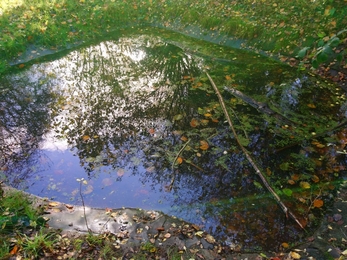 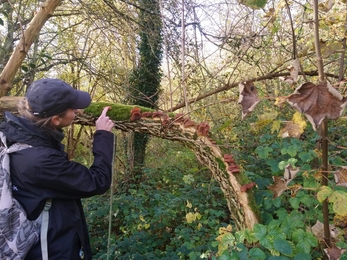 This is a jelly ear fungus, it is called that because it looks and feels like a jelly ear. Dollypers Hill – November 2020 Credit Eden Plummer 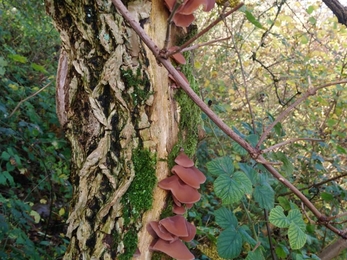 Around the glades are areas of woodland that look magnificent. There’s yew trees, oaks, and fungi galore. Tree branches spread out in the space, looking like a dragon-snake hybrid floating in the air. Some trees are covered in moss which seems perfect for fairies to live in.

There’s even a tree swing if you can find it. In one corner of the wood, a small artificial pond. I’m not sure if anything lives there but I think it'd be great to make it bigger for life to really thrive. There’s so much character and diversity in one small place, it’s my favourite site so far.

The main task we worked on was making a dead hedge to widen the path and allow a ride to form. Rides are wide areas or paths which are brilliant habitats for butterflies. A dead hedge is a hedge, made out of dead tree material.

To make a dead hedge you first coppice some trees, preferably invasive species, or branches overhanging paths. You then leave the material piles for a few days, to allow any animals or insects that were in the tree to vacate and find a new home. Once those days have passed, you can find some thick, straight branches to use as poles in the hedge, like you would a fence. Chop the ends to a point and hammer the poles into the ground in two lines, making sure the poles aren’t parallel to each other. Then you start bundling the dead material in. You can use long, thin, bendy branches to give the hedge some structure and make sure the poles don’t lean out from the weight. Use heavy branches and logs to weigh down the material, sprinkle some dead leaves on top and ta-da you’ve made a dead hedge! This is to stop people from walking through areas that you don’t want them to, or to define the edge of the path and make it wider as a ride. 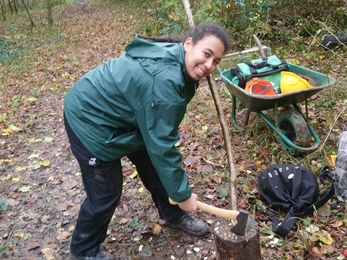 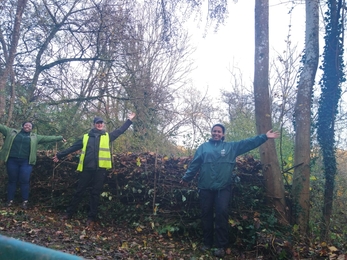 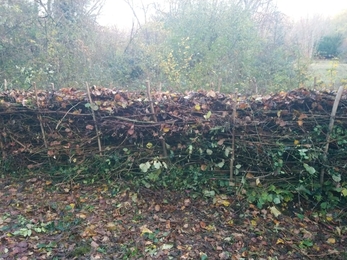 Coombe Wood Gardens is a two-in-one site with gardens and wood. The three main gardens flower in different seasons so there’s always…

Being small-bodied and cold-blooded, and in the absence of tiny bobble hats and scarves, insects have had to develop clever ways to…

Learning the importance of wetlands by Keeping it Wild Trainee Lauren

When we think of climate issues our societal focus usually revolves around energy, waste and agriculture which can overshadow one of our…