London Wildlife Trust is promoting World Wetlands Day this weekend. 2nd February each year is the day when people around the world help to raise global awareness about the vital role of wetlands for wildlife, communities and our planet. This day marks the date of the adoption of the Ramsar Convention on Wetlands in 1971, in the Iranian city of Ramsar on the shores of the Caspian Sea.

Wetlands and Climate Change, the theme for 2019, draws our attention to the vital role wetlands as a natural solution, could help us adapt to the challenges of climate change.

Wetlands are land areas that are saturated or flooded with water either permanently or seasonally. They include rivers, marshes, ponds, lakes, reservoirs, fens, swamps, saltmarshes, estuaries, mangroves, lagoons and even coral reefs. London hosts 600 kilometres (km) of rivers and streams, 80km of canals, over 1,800 public ponds, 1,744 hectares (ha) of standing water, 50ha of reedbeds and 697ha of reservoirs. Many of these are of regional importance, such as the Tidal Thames and her tributaries.

A few, however, are of national and international importance, such as the Lea Valley reservoirs, and the South West London Waterbodies, just to the south-west of Heathrow. These are designated as Ramsar sites, two of 175 in the UK highlighting their international value, especially to birds.

To recognise the importance of this day, events are organised at various London Wildlife Trust sites between Friday 1st and Sunday 3rd February:

London Wildlife Trust manages wetland sites across the city such as Walthamstow, Woodberry and Spencer Road Wetlands. All form part of the critical network of waterbodies in London that that not only support wildlife but also help to protect the capital from the impacts of a changing climate. Woodberry Wetlands is a thriving habitat for migratory birds, with reedbeds creating a wetland haven for waterfowl. Walthamstow Wetlands is a 211 hectare site, Europe’s largest urban wetland nature reserve, a wildlife oasis in bustling north-east London.

The Trust also works on projects aimed at conserving these vital habitats through dedicated programmes such as Water for Wildlife, which aims to boost the resilience of London’s wetlands at over 15 sites. Thanks to huge efforts from volunteers, the project continues to survey and make habitat improvements at wetland sites across the city. These allow more resilience for areas to recover from pollution, provide water storage and functional habitats during floods and temperature changes caused by climate change. Current project highlights include conservation work on Farm Bog (the largest peatland bog in London), habitat restoration at Crane Park Island, reconnecting an old meander in Ruislip and 260m2 of new reedbeds (equivalent to over seven Routemaster buses) in Thamesmead.

Wetlands regulate the global climate by storing vast amounts of carbon; peatlands cover approximately 3% of our planet’s land and store approximately 30% of all land-based carbon – twice the amount than all the world’s forests combined. They provide vital habitats for wildlife, especially for nesting and migratory birds, essential spawning grounds for fish, invertebrates, and amphibians. Wetlands are essential to efforts to regulate global climate change. Inland wetlands such as rivers, lakes, flood plains, and swamps function like sponges, absorbing and storing excess rainfall and reducing flood surges. With temperatures rising, oceans warming, snow and ice melting and sea levels rising faster than recorded during any previous century, now is more important than ever to conserve and restore our wetlands.

This day of awareness provides us with a chance to get out and about, learn more about these vital habitats and how we can all contribute to protecting them.

For further information on relevant projects, click on the links below: 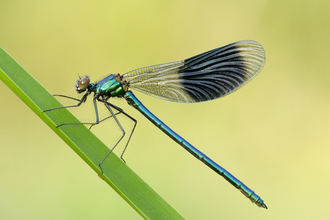